The PC monitor is for regular use, while the HDTV is really just for watching videos.

This page details my final configuration, which took many hours of fiddling to achieve, and I don't want to forget should I need to do it again!

There are at least 3 distinct ways to achieve multi-head output on an nVidia card, each with their pros and cons:

I settled on seperate X screens, and just got used to having two desktops that cannot interact. The only real nuisance was with Firefox, which will run fine on your first desktop, but complain that Firefox is already running on the other!

One workaround for this is to use profiles, so that Firefox prompts you at start up for which profile to load. I have a “default” and a “TV” profile. My “TV” profile is essentially blank, I just use to for YouTube and BBC iPlayer stuff I want to display full-screen on the TV.

At first I played the first 1000 frames from a video I had, fullscreen, and just watched it to see if there was any tearing on the TV. This was time-consuming and I was never sure if the cause was mplayer or X.

I was happy to happen across juddertest, a small utility for performing such tests. It works by drawing black-and-white bars on the screen, and then scrolling them right-to-left. By watching the bars as they move you can spot tears very easily. 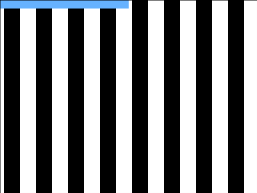 (Note that the blue-box is supposed to be some sort of on-screen display, but the fonts couldn't be loaded)

One of the problems I have with juddertest's default settings is that it changes your display resolution before starting the test; somewhat defeating the point of it in my opinion. So I created two scripts, one per screen, with the resolutions I care about hard-coded into them:

Note that my setting are “Scroll right-to-left”, “Move 192 pixels per update”, “Don't skip any updates” and “Draw 10 bars”. Because 192 pixels * 10 bars = width of my screen, this effectively inverts the screen on each update.

The display looks pretty horrible when it's flickering between black and white at 60Hz, but it shows up tearing immediately! If you see vertical bars flickering, but not moving, then you are tear free. If you see boxes then you are sufferring a tear.

I played with nvidia-settings when trying to solve my tears.

O, and your FPS should match your refresh rate, like so:

You need to run nvidia-settings as root if you want it to over-write your xorg.conf file. I suggest

Once this file has been generated, you should remove all referenced to mice and keyboards - since Ubuntu 8.10 this is handled by the HAL2). It doesn't hurt to put entried in your xorg.conf, but it will probably confuse you because they'll be ignored.

I also added the DPI of my TV, because /var/log/xorg.0.log had warnings about it being unable to work it out automatically.

A seperate Window Manager per X-screen

I think that video plays smoother, and with less CPU overhead without Compiz, and so I decided I wanted to display Compiz on my TV. It turns out this is possible through X sessions! 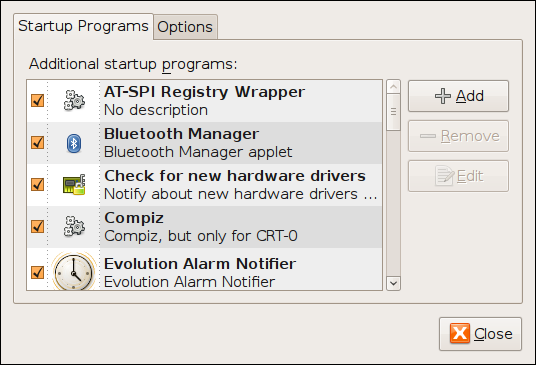 These are the scripts/programs which are launched when you login to GDM3).